Characteristics of the reader of the Holy Quran

It seems that Muslims are able recite the Qur’an, but if we inquire if they know what they recite, not a few say “no.”  Those who have memorized the Qur’an have accomplished a major feat. The complete recital, depending on the pace, takes many hours. Yet not a few of those who have memorized it possess little knowledge of what they memorized. How can this be? It is not uncommon to meet among the Muslims even older people who say: “I know how to recite the Qur’an, but I do not understand it.”

How can someone “know how to recite” the Qur’an and “not understand it” at the same time? Is it possible to recite without comprehension? If a person can merely reproduce the sounds of a language without knowing what he is saying, what kind of knowledge does such a person have? Mere reproduction of the sounds of a text without knowledge of the meaning is limited knowledge

Worship is due to God alone

Muslims believe that there is just one God, the Almighty God. The one-ness of God (Tawheed) is the fundamental pillar of Islam. Worship is due to God alone. To worship anything else is the worst offense, shirk, or associating partners with Allah.  Muslims do not recognize any deities besides Allah. They believe that Muhammad, peace be upon him, is the last of the many messengers of God.

Muslims are commanded to practice justice in all their relations with others, Muslims and non-Muslims. God Most High declares in the Qur’an in surah An-Nisa’: 135 “O you who have believed, be persistently standing firm in justice, witnesses for Allah, even if it be against yourselves or parents and relatives. Whether one is rich or poor, Allah is more worthy of both. [223] so follow not [personal] inclination, lest you not be just. And if you distort [your testimony] or refuse [to give it], then indeed Allah is ever, of what you do, Aware.”

Characteristics of the real Muslim

To be a Muslim one must have specific personal characteristics.  It is not righteousness that you turn your faces  towards the east or the west; But  it  is  righteousness  to believe  in Allah  and the Last Day, and the  Angels, and the Book and the  Messengers; to spend out of your substance out of love for  Him,  for your  kid, for orphans, for the needy, for the wayfarer, for those who ask; to be steadfast  in prayer, and practice regular charity; to fulfil the contracts which you have made, and to be firm and patient, in pain (or suffering) and adversity and throughout all periods of panic. Such are the people of truth, the God-fearing.

In the Qur’an, ihsaan (good works) and imaan (faith) are invariably mentioned side by side. One of the most commonly occurring expressions in the Qur’an is, “those who believe and do good deeds.” God Most High says in the Qur’an:

“Indeed, those who have believed and done righteous deeds will have gardens beneath which rivers flow. That is the great attainment.” Surah Al-Burooj.

“Except those who repent, believe and do righteousness; for those will enter Paradise and will not be wronged at all.” Surah Maryam.

The Qur’an teaches that people who believe in God Most High, the Day of Judgment and do good deeds shall go to paradise. Those who disbelieve and commit wrong go to hell, unless they repent and mend their ways before it is too late.

God Most High does not forgive those who die in disbelief and commit crimes all their life, and then, just before they die, say, “Now I repent all that did.

Islam is a simple religion. Every mature person of sound mind can grasp and practice the fundamentals of the religion. Likewise, the Qur’an is not difficult to understand and to remember. God Most High says in the Qur’an, surah al Qamar (Moon), verse seventeen:

These words are repeated for the third time in verse thirty-two, in the same surah:

For the fourth and last time, God Most High repeats the same words in the same surah:

The most  characteristic  feature  of  the  Qur’an,  it  may  be  stated, is  its method of presentation.  It is simple and direct … Its appeal is to the elemental feeling and imagination of man, and to his daily experiences of life. It presents, so to say, a heart to heart talk between God and man couched in a language simple enough to be understood by the common man. Such is the method adopted by the Qur’an, a method common to all revealed scriptures.

its language is such that a common  man  can  understand  it.  It uses words taken from common parlance, used in everyday conversations. It does not coin new, unintelligible terms, nor does it use the technical, academic language of philosophy, science, logic, or any other discipline. It does impart, however, radically new meaning to old, everyday words.

Of the things that help to memorize the Quran, Reading to an elaborated Quran Teacher, because correcting mistakes takes precedence over memorizing the Qur’an, and it is incumbent on the learner of Quran to realize that he is exposed to mistaken, and his duty when mistakes occur, to learn the correct way of reading, and master what his sheikh or Quran teacher teaches him.

So that It is worth to mention that (Wahion Youha) is an Online Quran Academy, Where You can:

• Learn From The Comfort Of Your Home Or At Work – Only A Mic, PC And Internet Are Required.

• All Levels And Ages Of Students Are Welcome.

• You Can Choose Any Teacher, Male Or Female, To Teach You Or Your Kids No Problem In Shaa Allah.

• They Teach Individuals (1 To 1 Tuition) And Organizations (On Request) And You Will Find It Difficult To Find More Competitive Lesson Prices On The Internet, Yet their Quality Of Teachers Is Outstanding

Popular posts from this blog 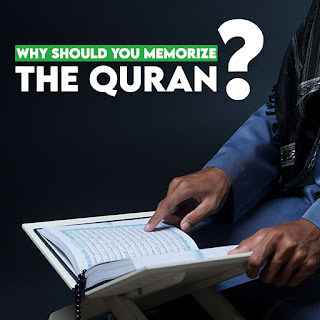 What is the definition of The Holy Quran? 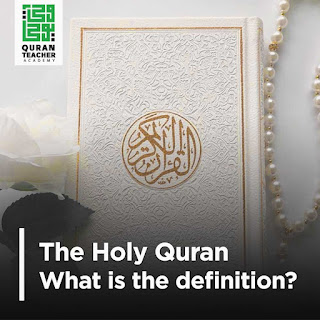 The Holy Qur’an is a document that is squarely aimed at man; indeed, it calls itself "guidance for mankind" “hudan lil-nas” al-Baqarah: 185 and numerous equivalents elsewhere. Yet, the term Allah, the proper name for God, occurs well over 2,500 times in the Qur’an (not to count the terms al-Rabb, The Lord, and al-Rahman, The Merciful, which, although they signify qualities, have nevertheless come to acquire substance). Still, Allah’s existence the Qur’an, is strictly functional—He is Creator and Sustainer of the universe and of man, and particularly the giver of guidance for man and He who judges man, individually and collectively, and metes out to him merciful justice. What is The Holy Quran? The Quran is the literal, spoken Word of Allah revealed to the last Prophet Muhammad, may the mercy and blessings of Allah be upon him, through Gabriel, the Angel of Revelation, transmitted to us by numerous channels, in both verbally and in written form. It’s unique, it’s divinely pro
Read more

You want to know the best way to memorize Quran, revise it 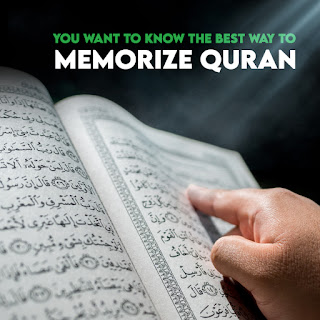 One of the most frequent questions from reverts and fresh Muslims to us is about the best way to memorize Quran, revise it, and understand it. And that’s what we will talk about in our essay today, hoping you would benefit from it. How can I be blessed with Quran companionship? First: You will be happy to know that the Quran is a companion for true Muslims in life and hereafter, also, so when you make it so, it will not leave you until it helps you enter heaven “Jannah”. Second: we want you to remind yourself always that Quran is the best companion in the rough life, and it is an affordable plain. And Allah made us mentally capable of learning it, so you can do it, just take the decision to have the wonderful companionship of the Holy Quran. Third: How can I memorize Quran? 1- By having sincere intentions to learn Quran for God Almighty. Ask yourself honestly why do you want to memorize Quran? If it’s for Allah, Then you are on the right path and Allah will help you. 2- That’
Read more